Notice: Information for our visitors on Coronavirus (COVID-19) Read more.

This collection features plants found in Asiatic regions including China, Japan and Korea.

A row of white flowering-cherry trees, the Japanese Tea House and the much-admired red Kawasaki Bridge have also been included as part of Wollongong’s Sister City relationship with Kawasaki, Japan.

A natural creek flows through this area. Along the creek banks you’ll find water-loving plants like Iris, Daylilies, Flax, Arums and Swamp Cypress trees. These plants tend to naturally collapse under heavy amounts of water, but they pick back up when creek levels lower.

Keep an eye out for the fascinating aerial roots of the Swamp Cyprus (Taxodium distichum). They're technically 'pneumataphores' but are also commonly called 'knees'. It's believe they've adapted to help get more oxygen to the tree's root system.

The first plantings for this collection began in 1964, long before the Garden's official opening. The plants along the creek were added in 1988.

This collection is at its best between August and October.

The Azalea Bank and Middle Creek collection is near the centre of the Garden, not far from the Kawasaki Bridge.

See location 3 on the map below (or click the map to open a larger PDF version). 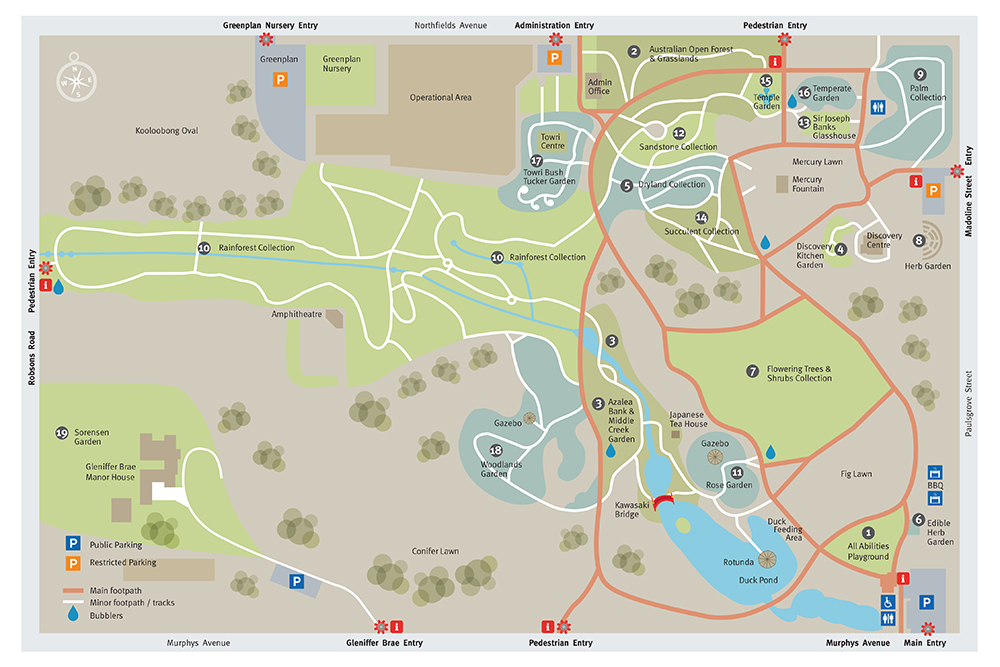