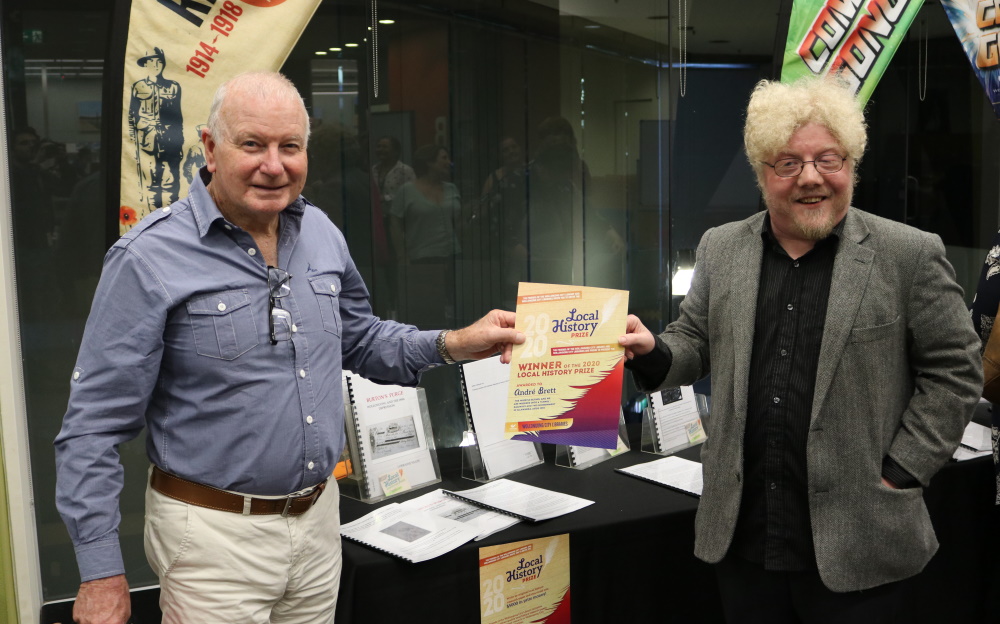 A paper on the history of railways and the environment in Illawarra between 1870s-1915 has taken out top honours in the 2020 Friends of Wollongong City Libraries Local History Prize.

“Congratulations to André Brett for his insightful paper on the railways of the Illawarra,’’ Cr Bradbery said.

“The panel were impressed with the hard work and research that went into Andre’s research paper that will now be added to the Local Studies collection for others to enjoy and learn from.’’

The Local History Prize is a biennial award funded by the Friends of Wollongong Library, and coordinated by Wollongong City Council. Entrants are invited to submit a researched paper and vie for the honour of collecting the first prize of $5,000. After the competition all the entries are added to the Library’s Local Studies collection and add to the ongoing documentation of the Illawarra’s history.

“We had a record number of entries in this year’s event with 16 diverse and well-researched papers submitted in the competition,’’ Cr Bradbery said.

“The topics were as diverse as a profile of Henry Robert James, a study of boatbuilders in Belmore Basin, Chinese market gardens in the region, marriage equality and a look at disability support services in the Illawarra.’’

The entries were judged by a panel consisting of a representative of the Friends of Wollongong City Library Executive, a local history expert from the community, Council’s Manager of Library and Community Services, Council’s Heritage Officer and a Local Studies Librarian.

“If you’d like to read the interesting research all the papers will be held in the Local Studies Collection on level 1 of Wollongong Library with extra copies available for loan,’’ Cr Bradbery said.

Wollongong Libraries are open, and while bookings aren’t required to visit people will need to check-in using a QR code, or provide their details on entry.

Winner of the 2020 Local History Prize