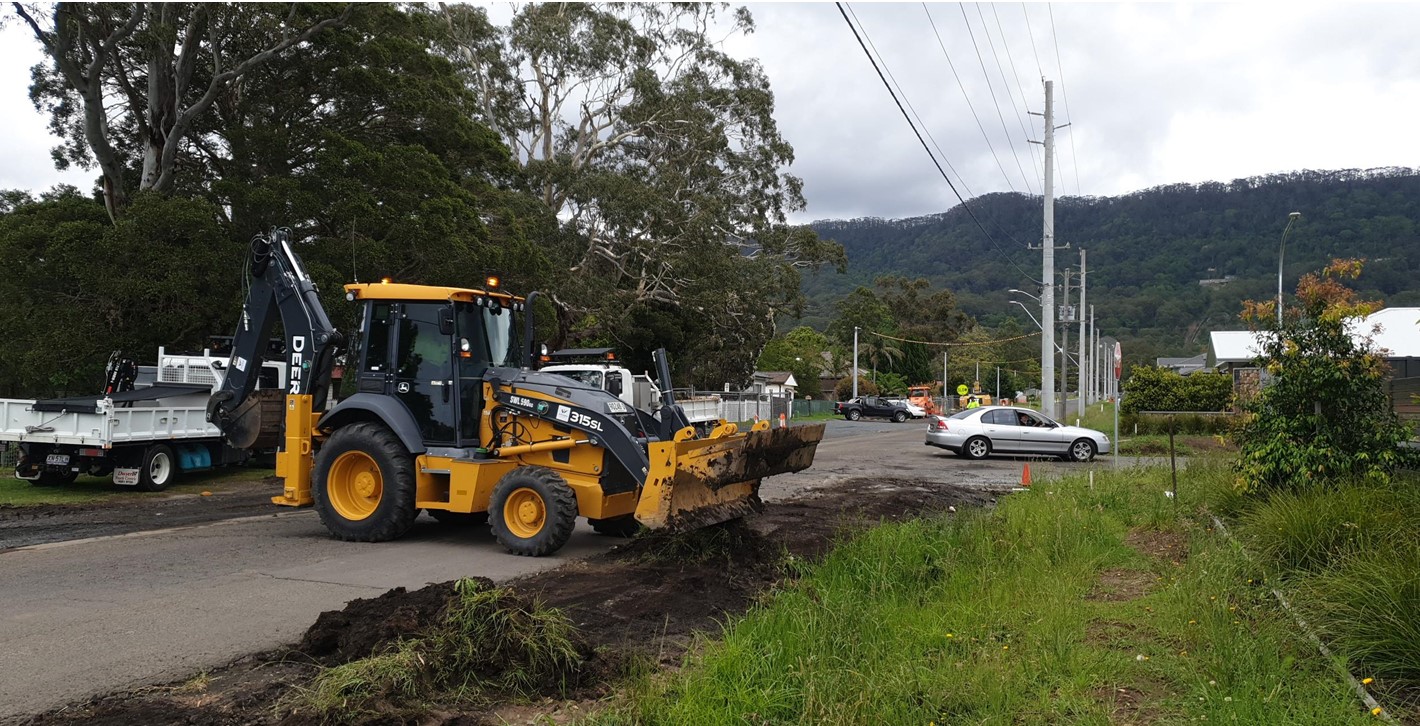 Wollongong City Council will have additional crews on the ground in Wongawilli this week, to support clean-up efforts and ongoing road works.

“We had crews on the ground on Saturday morning after a significant amount of rainfall in the area resulted in some flash-flooding,’’ Andrew Carfield, Wollongong City Council’s Director Infrastructure and Works said.

“We do have contingencies in place to manage rainfall while the works are underway, but the intensity of the rainfall, combined with stormwater flows from the Wongawilli subdivision, resulted in a significant amount of water on the road.

“Council staff were deployed to a range of sites such as Darkes Road, West Dapto Road and Wongawilli Road to support the SES, and NSW Police on Saturday. At Wongawilli Road they worked to divert flooding away from the roadway and from property.

‘’Today, we’ll have additional staff on hand to clean up sediment and rock that have been moved around by the water. Across the week, we’ll also carry out further preventative works to help reduce the impact of any further major storm events.’’

It’s well-documented that West Dapto is prone to flash-flooding events. Our West Dapto Access Strategy, including the recently completed Karrara Bridge and the Wongawilli Access project, aims to reduce flood risks and improve safe access in this fast-growing area.

Council has recently restored two-way access using interim road pavements at Wongawilli Road. The temporary changes were made in response to community feedback and are in place while the installation of the main stormwater drainage system is underway.

This week a second crew will be on site to fast-track the construction of the stormwater installation and the widening of the road pavement.