The State of Dance - Local and Global Professional Practice

This panel discussion brings together contemporary dance leaders in conversation.

How can we nurture a professional dance industry locally through collaboration, inventiveness and creative advocacy. And how can we make those important connections nationally and beyond?

This episode is hosted by Tom Hogan, and features: 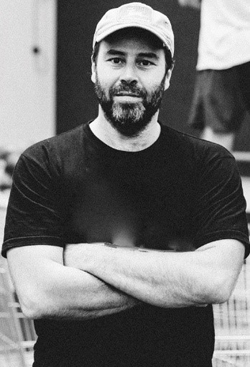 Shaun Parker is an award-winning choreographer, dancer, actor and counter-tenor whose work has spanned film, television and live theatre productions. He is Artistic Director of Shaun Parker & Company, which he founded in 2010.

Born on a grape-growing property in Mildura, and a graduate of the VCA, his work has toured to 19 countries including Germany, United Kingdom, Ireland, Sweden, Austria, Luxembourg, France, Malaysia, USA, Lebanon, Palestine, Jordan, Egypt, New Zealand, Spain, Taiwan and the UK. His choreographic works include: KING, ReMOTE, In The Zone, Am I, Happy As Larry, This Show is About People, The Yard, SPILL, TROLLEYS, Rika’s Story, My Little Garden, Blue Love, TUT, Love Instalment, Tenebrae III and the award winning short films ‘The Love Trilogy’ and ‘NO’.

Parker won an Australian Dance Award for both This Show is About People, and The Yard, for his work with underprivileged teenagers in Western Sydney, the Shirley McKechnie Award for Choreography, a Green Room Award for AM I, the Argus Angel Award (UK), the Bearer of Hope Award (Germany), the Banksy Award (New Zealand), the NSW Premier’s Creative Achievement Award, and was nominated for three Helpmann Awards and the NSW Premier’s Export Awards.

Parker’s anti-bullying dance program into schools, and his other interactive community events have been lauded for their connection with audiences to deliver strong social impact. He recently created choreography for a new feature film with Director Daniel Askill, and COLLIDER production house.  Parker was awarded a Fellowship of the Australian Academy of Music and Performing Arts in 2019. In 2020, Shaun is a judge for the Premio Roma Danza International Dance Competition, Italy. 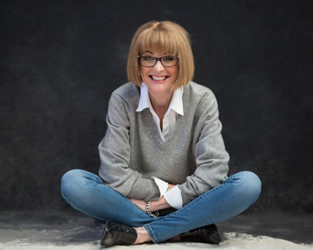 Image credit: Children of the Revolution

Michelle Forte is the driving force behind the Illawarra’s only developmental youth dance company, Austinmer Dance Theatre. Her passion for dance and youth development has propelled this award- winning company from strength to strength over the past 10 years. With the continued support of her amazing team she is excited to see what the future holds for contemporary dance in Australia.

Michelle’s teaching career started when she was 18 with her long-term teacher and mentor Priscilla Kurtz. She taught Classical Ballet and Jazz, expanding into Contemporary and finding her passion for choreography. In 1993, Michelle completed the RAD Teaching Diploma under the guidance of Patricia Saill and Valma Briggs.

Over her 20+ years teaching career, Michelle has been fortunate enough to work at several prominent Sydney studios including the Saill Academy of Dancing, Deidre Bronner School of Ballet, Wendy Gibbs School of Ballet, Illawong Dance Studios, and Academy Ballet with Nicholina Kuner. The field of Dance Medicine is another passion of Michelle’s and she has been an active member of IADMS (International Association of Dance Medicine & Science) since 2004.

In 2005, Michelle organised an independent study tour of prominent schools and companies throughout Europe. This is where she met her now good friend, Maurice Causey of the Netherlands Dance Theatre Studios (he was Ballet Master at the time). Maurice later came to Australia to work exclusively with Michelle's students. Michelle has always been passionate about starting her own youth company, and in 2011 she finally saw her dream come to life with the Austinmer Dance Theatre. 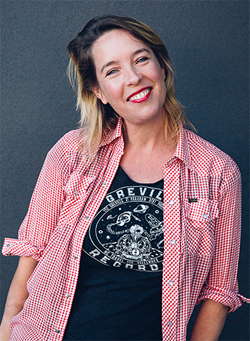 Emma Saunders has been described as a “formidable” (Realtime, 2010) Australian dance artist who works as a dancer, choreographer, director, educator and curator. She graduated with a BA in Dance and a Grad Dip Ed (Dance/Drama) from the University of Western Sydney (1996). She is interested in the simplicity of dance and the complexity of choreography. Utilising a visceral, instinctive attack, her work is immediate, often working with humour, everyday movement, text, repetition, deconstruction, duration and abstraction.

Emma is a co-founding member of the award-winning Sydney based trio, The Fondue Set, alongside Jane McKernan and Elizabeth Ryan, who have created 10 full length works including Green Room Award-winning No Success Like Failure presented at the Sydney Opera House (2008) and Dance Massive, Arts House (2009). The Fondue Set have also performed in the Melbourne International Arts Festival (The Bar, 2008) and Sydney Festival First Night (The Hoofer, 2010).

Emma was the inaugural Dance Curator at Campbelltown Arts Centre (2008 – 2012), where she curated over 40 new dance projects that examined community, location, exchange, culture, age and the interdisciplinary nature of making dance work. In 2015, Emma created two new large-scale outdoor site-specific dance projects, The Bankstown Dancing Project, commissioned by Urban Theatre Projects for Sydney Festival 2015, and The Austinmer Dancing Project 1.1.18, which has had over 15,000 hits on YouTube.

For 2018/19 Emma was an Associate Artist for NORPA, Lismore. Emma continues to develop her new work, Dancing With Myself, examining where her solo and group dance practices can intersect. Recently, Emma has been commissioned by FORM Dance Projects to develop a new outdoor dance work, Encounter, which had its world premiere January 10-12 as part of SYDNEY FESTIVAL 2020. Encounter has a cast of 16 young dancers from Western Sydney and FLING Physical Theatre, and is performed with a 50 -piece live orchestra (WSYO)!!! 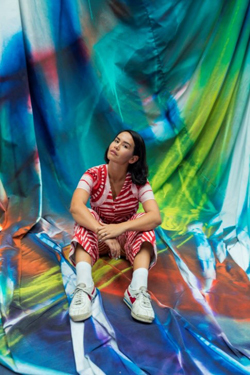 Amrita Hepi (b. 1989, Townsville of Bundjulung/Ngapuhi territories) is an artist working with dance and choreography through video, the social function of performance spaces, installation and objects. Utilising hybridity and the extension of choreographic or performative practices, Hepi creates work that considers the body’s relationship to personal histories and the archive. She has toured extensively in both theatres and galleries throughout Australia, Europe and America.

In 2020 she has joined Rising's (formerly Melbourne Festival) Council of good ideas as an artistic advisor. Amrita is a Gertrude Contemporary artist in residence and is currently working with Kaldor projects/Serpentine UK as a participating DOit artist.

In 2019 she was a commissioned artist for The National: New Australian art 2019 and was the recipient of the dance web scholarship to be mentored by Anne Juren, Mette Ingvarsten and Annie Dorsen.

In 2018 and again in 2020 she was the recipient of the people's choice award for the Keir Choreographic award and was also named one of Forbes Asia's 30 under 30. 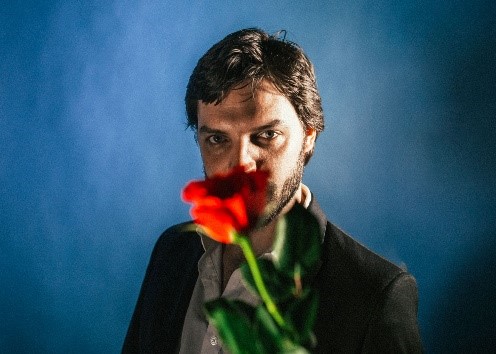